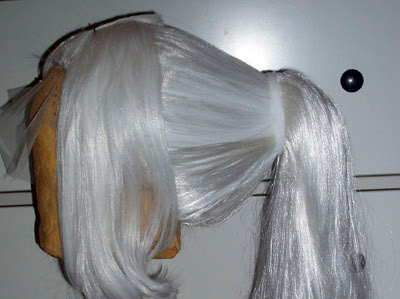 This is a walkthrough of my wig for Fran from FFXII. I am a sucker for updo wigs, I just love to do them. 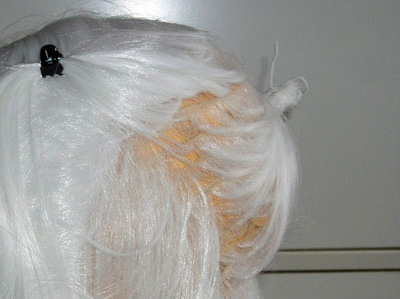 At first I stubbed the wig. I’m not going through the process of stubbing here, there are various tutorials on the internet. I could have used a little less hair, just as a base for the foamcore. 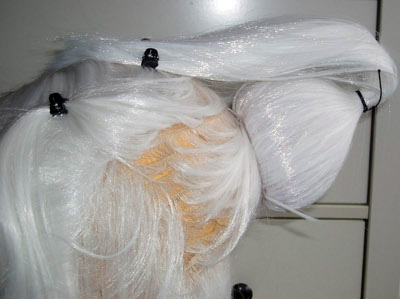 Here I added the formcore to achieve her hilarious head proportions. The foamcore was covered with hair in advance. You can see that it uses less space on the stubbed part than I calculated. 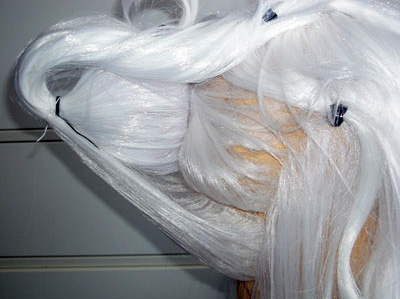 After the foamcore was dried, I pulled up the lower hair to the foamcore. I did this in layers because it’s way easier to handle like this. 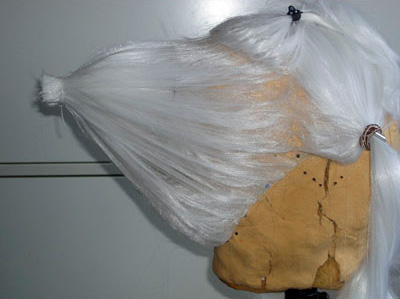 This is how the foamcore looks when it’s covered. If I had had more hair (eg from less stubbing), then it would look better already in this step. But it works out. 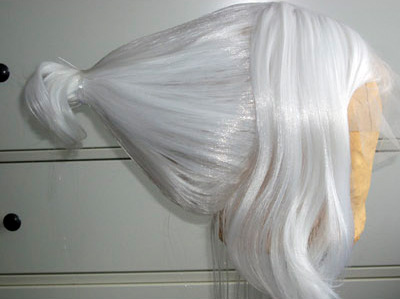 Because I added additional hair here, also to cover the edges of the rubberbands. 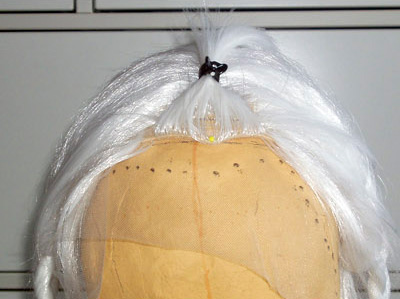 As long as the wig doesn’t have a ponytail, making it hard to handle,  I did the widows peak. For this  the bangs are pulled back. I used a hairdryer on low heat to really have them lie flat. You can see I also added a mesh to the front. 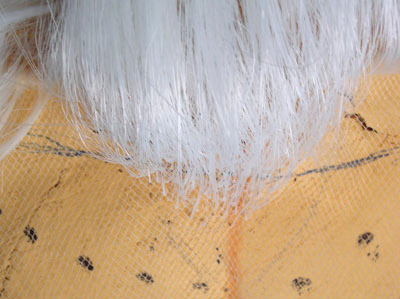 On the mesh I ventilated the widows peak. I have a tutorial for that, just wait a little, it’s coming up next. 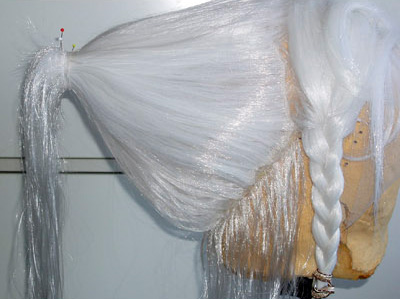 After the widows peak was finished, the long hair for the ponytail was added. You can see that I still have some hair hanging down.

In the last step, I pulled up the remaining hair to have a smooth transition to the ponytail. The ponytail and the sidebangs were then styled into the final look. 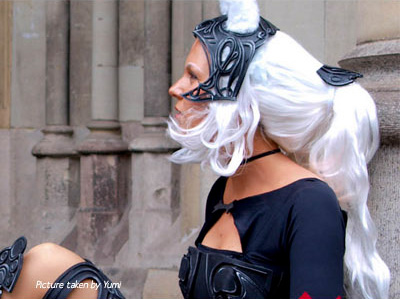 Finished picture! View the whole costume here. Thanks to Yumi for the pic! 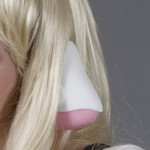 Chii ears of styrofoam and clay

Chii ears that aren't made from craft foam. 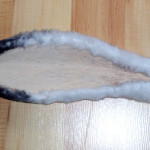 How I made my Fran ears. 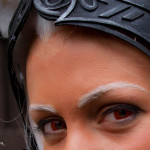 Ventilating a wig w/o professional tools

For those who don't have access to professional materials. 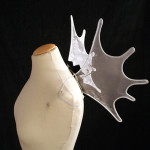 How to make fairy wings with fabric 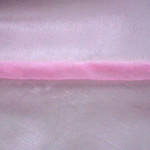